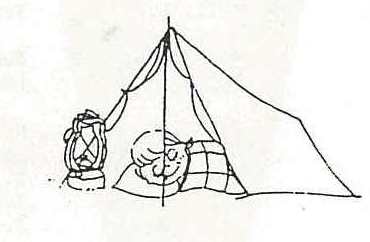 The Story of the Lady Stradbroke Cup

The Earl of Stradbroke was Governor of Victoria during the 1920s.  In 1922 his wife, Helena, Countess of Stradbroke, accepted the appointment of State Commissioner for the Girl Guides Association of Victoria and her influence during the early days of administration of the Movement in Victoria was great.

On their return to England in 1926, Lady Stradbroke presented a silver lidded cup to Victorian Guiding for Company Competition.  A committee laid down the guidelines for the competition, and these differed slightly with each event.  In 1928 companies were judged on 14 special points and known as “Best all round Company”.  The 1st Port Melbourne Guide Company was the winner.

a.  The general standard of the Company

b.  Nature diary representing work by the whole Company

Thirty five Companies took part, but no record remains of the final result.

Division Commissioners (prior to regions existing) recommended that the 1932 competition should be for ‘the best and most interesting handcraft display’.  Melbourne Town Hall was the venue for a Guide exhibition opened by Lady Irvine on 20 September 1932.  Shepparton District gained first place with a display “A A Milne’s Little Foxes”.  Equal second were Northcote and North Camberwell with Carranballac third, followed by Caulfield, Brighton and Hampton.  A special prize donated by the Country Women’s Association went to 1st Geelong.

Again on the Division Commissioners’ recommendation, the 1936 Cup was for singing, acting one act plays, country dancing and an international story.  A display was held in the Masonic Hall, Melbourne, and successful Companies were Malvern, Mildura, Shepparton and Bendigo.

In 1938 – for the first time the Cup was held in all three sections:

Brownies – Scrap Book, Modelling – to be used on pack life or fairy ring and Useful Article

‘Matilda’ in 1938 records details of the work in these events.  Thirty four places were granted representing work from posts, lones, brownies, guides and rangers from all over Victoria.  The overall winner was 2nd Albert Park MacRobertson High School Company.

War intervened in 1939 and it appears that the competition ended.

In 1989 the competition was re-introduced for guide participation as a Patrol Camping Competition.

Choose a topic to explore